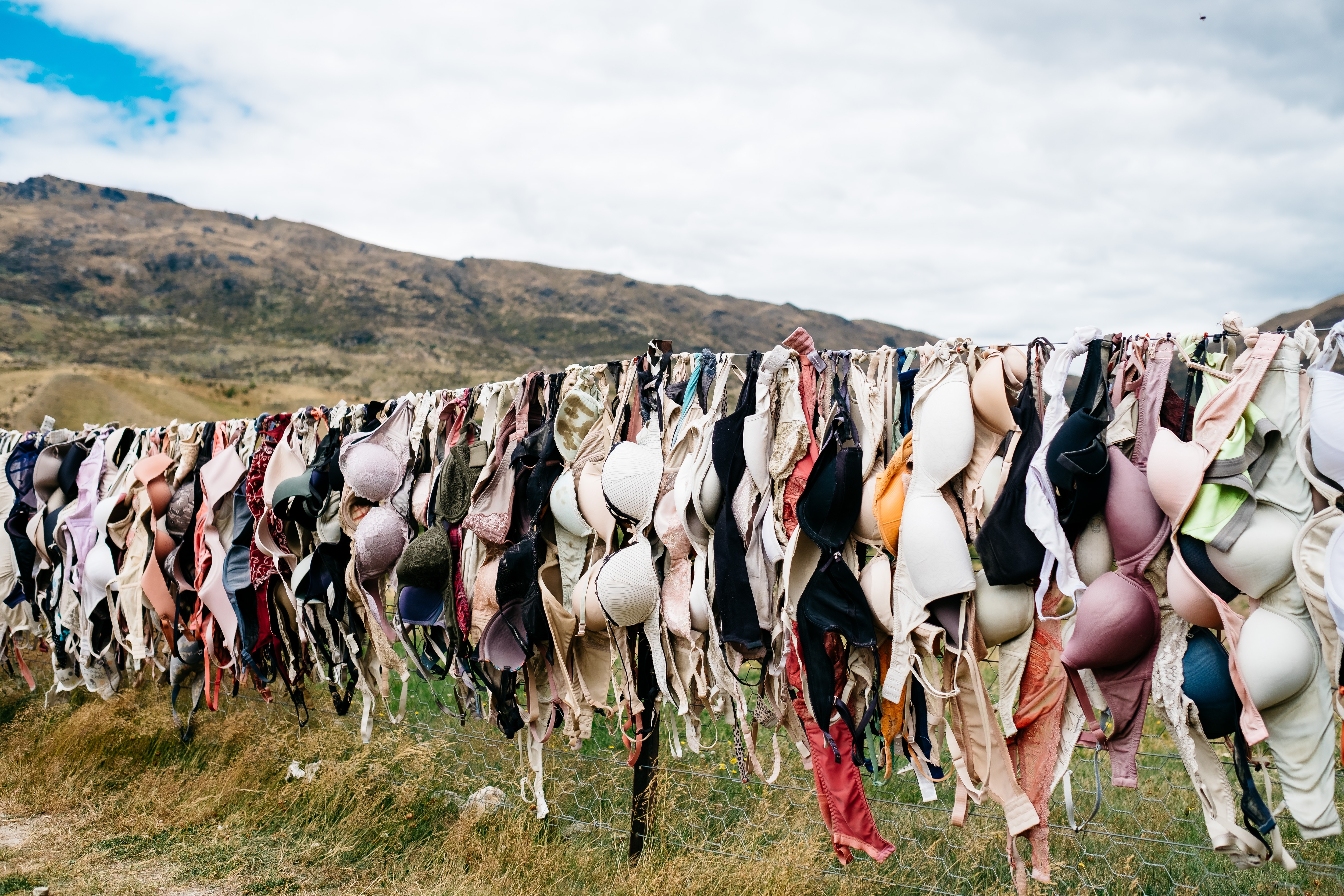 Just a heads up: things are getting less-than-sexy around here.

When I was younger woman — with younger feet — I’d listen to my mom going on about the importance of comfortable footwear, showing me the latest pair of Sketchers or New Balance sneakers she’d just order online, and I’d be teetering around in high heels and think, “Sucks to be her.”

Well, obviously you know where this is headed, as I’ve already admitted here to wearing on the reg boots that resemble the Sorting Hat from Harry Potter and getting shots in my feet  so I can, like, wear Birkenstoks.

Now it seems that same sensibility has traveled northward on my body and is affecting my choice of brassieres of late.

During my final days at Athleta, a period we refer to around here as The Big Legging Grab — when I was buying things left and right from that place on the pretense that, without my 50-percent discount, I would never be able to shop there again — I stocked up on a sports bra that had become my undergarment of choice due to the extreme level of comfort it provided. It had just the right amount of compression to hold everything in, but didn’t dig into my torso — that area right under your boobs, that really should have a name — like my regular Double D Wacoal underwires.

Okay, let’s pause and discuss the importance of a good bra, especially when you’re old and stacked, like me.

After 50, my priority shifted from wearing something cute — I mean, as “cute” as a Double D can be — to wearing something comfortable. I realized early on that this particular Athleta sports bra was doing absolutely nothing for my physique, but decided to overlook that compressed, uni-boob look in favor of how comfy the thing was. Like practically wearing nothing but, honestly, I find wearing nothing both uncomfortable and slightly unwieldy.

Ladies, you get it.

And then there’s that whole phenomenon of what happens to your body after you hit the half-century mark. It’s like you’re one of those candles stuck into a bottle of Chianti at an Italian restaurant and are beginning to melt. Like someone lit the wick at the top of your head and everything has started to drip.

But recently, I went to buy a pair of jeans and the saleslady was my age and of course, the conversation eventually drifted to our shifting bodies and boobs in general, and she pulled the bra strap out from under her t-shirt to rave about her Spanx bra.

“Spanx makes a bra?” I wondered aloud, and she said it was great under everything — t-shirts and sweaters — and that she wore it every day.

Gentlemen, you have no idea how hard it is to find a bra that works under a t-shirt, where after 15 minutes of wear, your boobs don’t start spilling out of the top or that’s not digging a trench into your back and creating a big ripple under the fabric.

I got a total bee in my bonnet for this bra and, needing to see it in person, drove 45 minutes to the closest Spanx store to me here in New Jersey to give it a test drive.

I bought two, a black and a nude, and they’re all that I wear, alternating accordingly.

It turns out, the style I bought is dubbed the Bra-llelujah and you will be yelling the same thing once slip it on. It’s not Spanx-y, tight compression. It’s not like the “medical” undergarment that Tina Fey talks about here.

It’s just nice and smooth, and the front closure provides smooth, full coverage and the wide straps don’t dig into your shoulders but they also stay put. But most magical is the extra-wide band in the back that somehow smooths out that whole situation so you avoid wincing when you give your rear view the once over.

The Bra-llelujah comes in a padded and unlined version, and I opted for the latter as all that extra padding just adds to an already generous bust and, frankly, just makes me look dumpy. I like the minimizer effect and unlike the sports bra, my front view has a little more definition.

Depending on your cup size, there are a variety of styles to choose from and I have my eye on a lacy number I’d like to add to the bra stable at some point. In the meantime, although the bra doesn’t resemble anything I can remember from Harry Potter, its magical properties — able to obliviate and levitate the bustiest of busts — is as impressive as a hat that can sort.