This was a fast week for me as I spent Tuesday and Wednesday driving the four hours to/from my daughter’s big state university. She’s a graduating hospitality major and one of her classes this semester is to work with a team to plan/budget/execute a themed dinner at the school’s restaurant, which they refer to as a “living lab.” It requires a lot of planning and meetings to discuss everything from creating centerpieces to marketing and promoting to developing a chocolate mousse recipe to serve 140 people and clever ways to plate all the dishes.

After hearing so much about the class all semester, it was fun for me to see and taste the final results. I also got to meet a bunch of her hospitality pals and even the professor, who I’d heard so much about. When do you get to meet your kid’s professor?

The next day, my daughter gave an extensive campus tour to her brother, who’s a high school sophomore, where he got to see new dining halls and dorms, classrooms that accommodate a couple of hundred students and the giant mountain lion statue that’s literally referred to as a “shrine.” He even got to see some lacrosse guys walking to practice, which — for a total lacrosse bro — was way more exciting than dorms and dining halls.

Obviously, no college visit is complete without the obligatory trip to the grocery store, which we did so she could load up on healthy dinner fixings, like zoodles and bags of cauliflower rice. Her friend, Michael, came along to do his own shopping, and I laughed when he met up with us at the end to pay and saw his cart full of boxes of mac and cheese and a super-white loaf of bread. “I’m so excited to have some real food,” he said as he lifted his bags into our car. (#boys)

But that food shopping, along with my own weekly haul, had me thinking a lot about what we are obsessed with eating right about now.

So good. I can’t believe it took me a year to find this out.

I actually had two of these 32-oz. cartons in my lazy susan forever and during a recent purge of expired items from those shelves, saw that these were pooping out this month (or maybe last month, but don’t tell me kids who think my food safety parameters are a little soft). The 20-somethings were all home last weekend, so I decided it was the perfect opportunity to use the broth and whip up one of our staples, Chinese Brothy Noodles. In the past, we’ve used chicken broth, and it was always yummy. But the Trader Joe’s Miso Soup made the soup AMAZING. I want to make again next week. (Tip: I used almost two cartons since the noodles absorb a lot of the liquid and we liked ours a little more broth-y than noodle-y.) 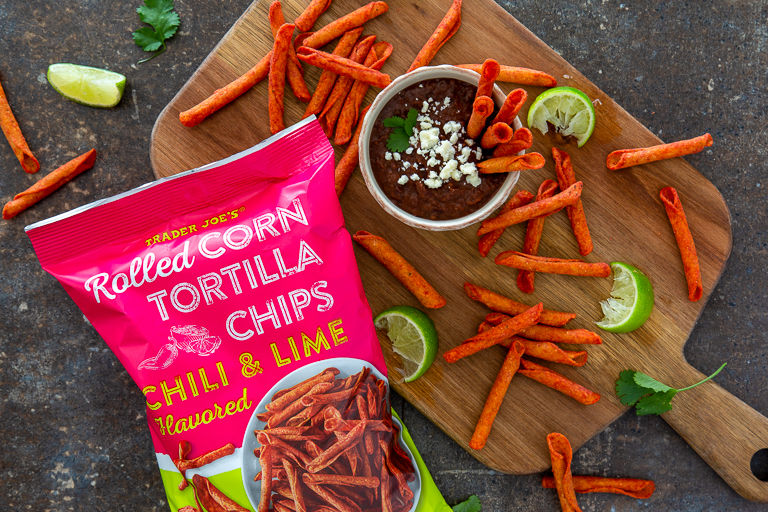 My favorite section at Trader Joe’s, hands down, is their new product section. I am a sucker for all the stuff they come up with (truly, I am a marketer’s dream), and always stop to admire their ingenuity. My daughter came home with these last week and they are really dangerous, both in terms of the way they will make your mouth pucker and that you won’t be able to eat just one. 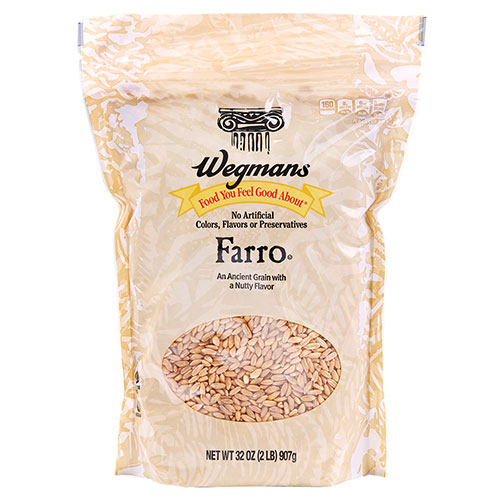 If there’s anything I’m more obsessed with than Wegman’s, it’s farro. Have you tried it? It’s got a nice texture, with a little heft, and I throw it into salads or maybe eat it with an egg on top. But I could never find farro at Wegman’s, until now when I grabbed it while shopping with my daughter this week. (Tip: while it’s fine cooked in water, it’s even better when you let the farro simmer in chicken stock or bone broth. I make a bunch to keep in the frig and eat throughout the week.) 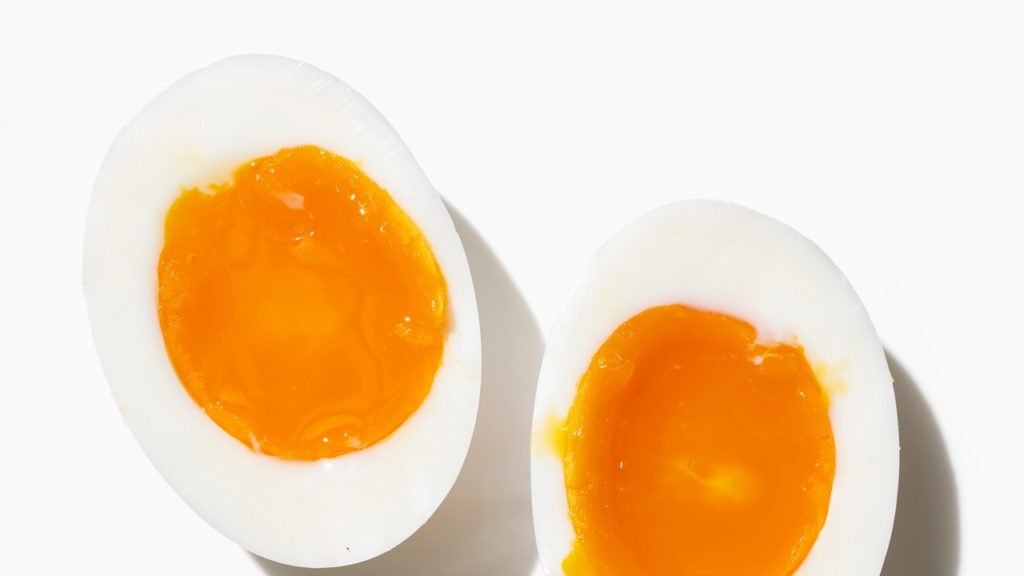 I’d pinned this recipe a while ago and finally got around to making it last night for dinner and wish I’d stopped to take a picture before I devoured it. I put the perfectly cooked — not too hard, not too runny — egg on top of some smashed roasted sweet potato and quickly-sauteed baby spinach, and it was delicious and filling. Super hard boiled eggs freak me out for some reason, but cooked this way the yolk is still soft and a little runny like poached eggs but maybe a little easier to make.

My 21yo daughter was watching this HULU original last weekend and eventually, the rest of us drifted in and started watching Friday night. The creators, who are in their 30s, star in the comedy playing dorky middle schoolers set in 2000, with other middle schoolers, and even though it sounds improbable, it totally works. It’s funny and awkward and poignant and often wildly inappropriate. My older kids are just a bit younger than these kids, so we could relate to the music, gel pens and Calico Critters. (Tip: Do NOT watch Episode 3 with your kids, even if they are adults, you will all be mortified.)

If you know me, you are aware that anything I know, I learned about on CBS Sunday Morning. It is the highlight of my week and one of my greatest joys is when my kids come in and sit to watch with me when they’re home. My 16yo came in to where I was watching it not long ago as the trumpet began to play its theme song at the start, and said, “Now I know it’s Sunday.”

We all saw this story about this boy and his dog recently, and are now thoroughly obsessed with them and follow their exploits on Instagram. Once you watch, I bet you do, too.

One thought on “Friday Faves: All. The. Food.”