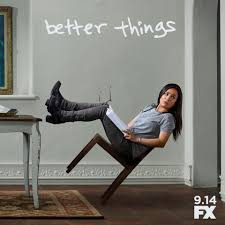 There’s a weird amount of amazing things on TV right now. Like, I don’t even know how I get anything done.

With the weekend upon us, I wanted to share the shows I’ve killed lately, in hopes that you, too, would share what you’ve been loving.

Okay, not quite sure what I should start watching next. Please, by all means, give me some suggestions!!

17 thoughts on “Friday Fave: Too Much TV”