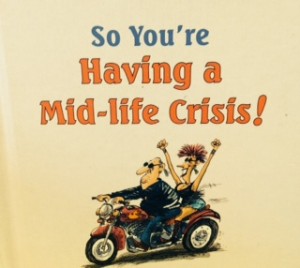 I knew that my 48th birthday yesterday was a something when it even seemed to give my father pause.

I called him the day before to thank him for the gift he sent, and he mentioned my age and how the calendar on his computer had told him it was “Amy Byrnes’s 48th birthday” and then he says, “Huh” and literally paused.

My father is a man of few words so I could tell that for him to bring it up, he thought my age was a something, too. I think it even made him feel old.

And honestly, I usually don’t really get caught up in my age. I still feel like the same, albeit much smarter, woman who I was 20 years ago. I feel healthy and strong and know that I can still turn heads if I really put my mind to it and wear, like, mascara and stuff.

For one thing, as much as I didn’t really worry too much about a man’s age initially as I re-entered the dating scene, I’m starting to think that a cap needs to be put in place. I need to draw the line on just how young of a man I am willing to spend time with, which is really going to limit the already pretty limited dating pool I’m forced to deal with.

It’s like that really great line from the movie “The Other Woman,” which I watched last night with my daughters, in which the Lesley Mann character — who is struggling with whether to leave her philandering husband — expresses her horror at the idea of dating in her 40s.

“The last time I was single I was 24 and the dating pool was everyone,” she cries to the Cameron Diaz, not-very-sympathetic, character. “And now it’s like a shallow puddle of age appropriate men who are old and gross.”

I’m also starting to feel that I need to get going on all of those things I was going to do “some day” – like write a book or be a famous blogger –because “some day” is, like, right now.

I worry, which I never did before, that I’m getting too old for some things, like going to certain bars on Sunday nights to dance and wearing the cat necklace my 11-year-old gave me for my birthday out in public. I’m concerned about what other people might think about me and whether I can pull certain things off because even though I feel young, my looks are beginning to betray just how old I really am.

And that light I’d been looking for at the end of my parenting tunnel — that time in my life I fantasized about when I still had to wash three little heads under the tub faucet each night and sweep piles of discarded Cheerios and bits of American cheese off my kitchen floor – when they’d actually grow up, is kind of here, too. In no time I’ll watch my oldest turn 22 and graduate from college and send my third kid off to school and things around here are really going to start to change. Even my days as the mom of an elementary school student are starting to wind down, which you’d think – as I’ve had a child in grammar school since 1999 – wouldn’t come as such a big shock, but it’s hard to believe that those days of art shows, band concerts and middle school dances might actually come to an end.

The good news is that I am ridiculously optimistic, like, as hopeful as a golden retriever just waiting for you to drop something off your fork onto the floor, so I know it’s all going to work out. I’m just going to move to new stages of my life while my neck continues its downward spiral as it tries to merge into my décolletage but it’s all going to be okay.

Because what are my options? I have a girlfriend right now who is facing the challenge of breast cancer, so I’m certainly not going to start crying about my sagging boobs. I’m lucky their collective droop is the worst issue I have to deal with in that department.

And even though this was the fifth birthday I’ve celebrated as a single person, I appreciate how it’s forced my kids to take responsibility for making it a special day for me. They bought me great gifts, took me out to dinner and even paid for parking. They also took care of some pesky chores around the house – like putting chemicals in the pool and organizing shelves in the garage – without a peep of resistance. Someone even emptied the dishwasher.

So, am I thrilled about turning 48? Um, not so much. But am I grateful for all of the things I am blessed with here, in the middle of my pretty wonderful life? 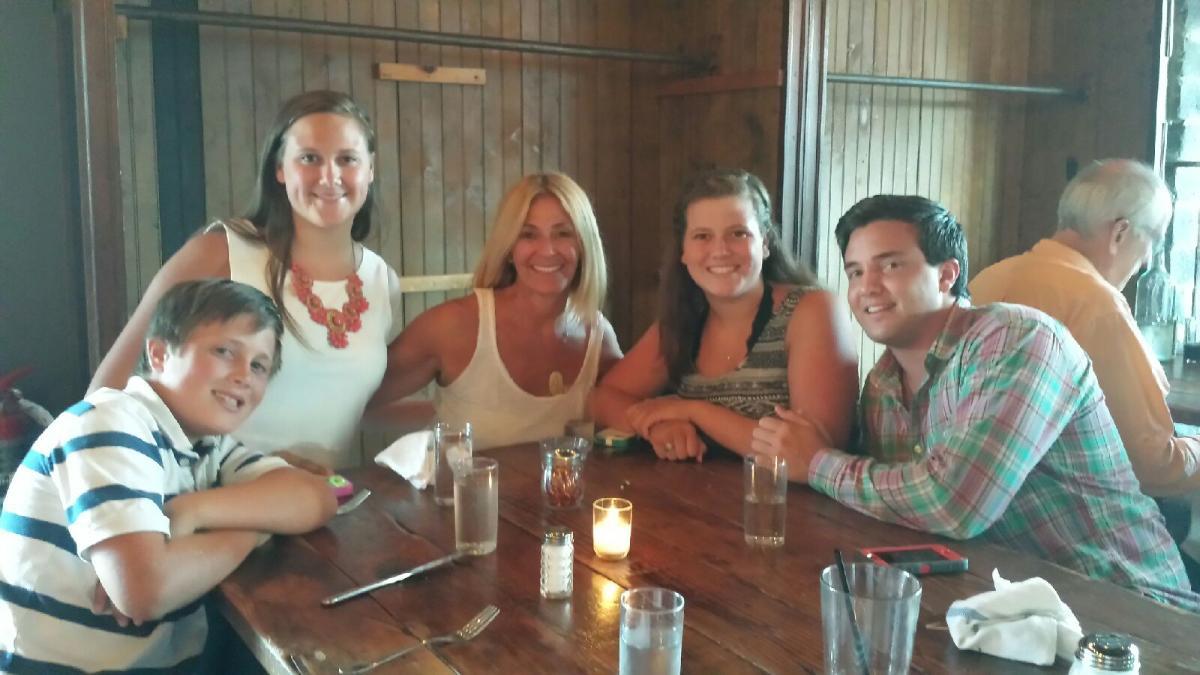 Happy birthday to me.