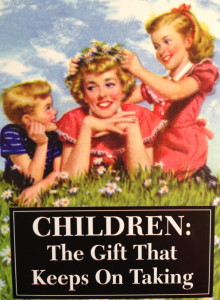 I used to joke that Mother’s Day was not for mothers. If it were, I reasoned, moms would be able to slip away, guilt-free, and spend the day free from butt wiping and nugget baking or whatever was the urgent-need-du-jour.

But that never seemed to be the case. There were brunches to attend and pasta necklaces to wear.

I went to visit a college friend over Mother’s Day weekend a few years ago and my kids and their dad were, like, totally insulted. How could I choose a weekend of shopping, glasses of wine and catching up with a dear friend over them asking me, repeatedly, what I wanted to do on Mother’s Day?

If Mother’s Day was truly all about giving moms a break, we would just be able to switch our OFF DUTY lights on like yellow cab and ignore all those frantically waving arms trying to get our attention.

But somewhere along the way, Mother’s Day has started to seem a little more special to me. I look forward to seeing what the kids have up their sleeves. And I don’t know if it’s because they’re older or that their dad’s not around to pick up the holiday slack, but the kids have really stepped up their Mother’s Day game.

Or maybe it’s just that I’ve learned to keep my expectations low. That could be part of the equation, too.

But even with only two kids living at home this Mother’s Day, I felt loved and appreciated – if only for a day – by my people.

Forthwith, the top five reasons why my Mother’s Day was pretty okay this year: 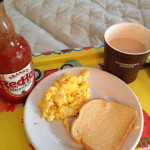 REASON #5: My house did not catch fire.

He might have had to get up at 6:30 a.m. to pull it all together and in the meantime, put everyone in the house at risk while we slept, but my 10-year-old son can whip up a solid batch of scrambled eggs for breakfast in bed. They may have been served cold and arrived earlier than I planned on waking, but I could feel the love rising off the plate. And, he remembered I liked hot sauce. 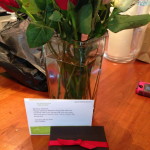 REASON #4: Love and candy from miles away.

Although they weren’t home for the big day, my two college kids had the foresight and wherewithal to send me flowers and candy that arrived Saturday. Was the effort likely spearheaded by my daughter? Probably. Were the flowers ultimately bought with money I had deposited in their bank accounts? Of course. But could you ever put a price on the enclosed card that declared, “We miss you so much mom!”? No way. 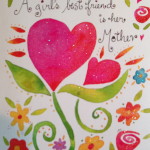 My sister hosted our family for lunch and it was lovely, filled with lots of siblings, our mom and steak. I even brought along a cake. But the party prep and cleanup were handled by my sister and her husband and for that, I was supremely grateful. 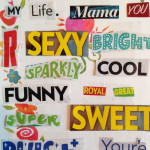 REASON #2:  The ultimate gift from a teenager.

The 15-year-old handed me a card with an envelope addressed “Mother Dearest” in kidnapper-style cut out letters (she knows I am a sucker for that form of correspondence).

Inside was a post-it note announcing I was about to embark upon a scavenger hunt, and off I went, searching for the next post it note marked with a clue and a letter. Once they were all collected, I unscrambled the letters and found they spelled: “Check your Facebook.” 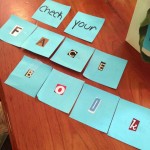 I grabbed my phone and found a friend request from this daughter who had made it her mission to avoid being linked to me on social media, despite her two older siblings succumbing over the last few years. And while she also got me a gift card for a massage, don’t tell her that that was just icing on the cake. She had me at Facebook.

My ex husband and I have had a less-than-ideal split. We married way too young and had different visions of what a committed relationship should look like but somewhere in between the arguing and long stretches of silence, we brought four children into this world. And he held my hand and fed me ice chips and loves those people as much as I do.

While we were married, he had to buy me flowers and have the kids make me a card. It was part of the deal. But now, with all that obligation long out the window, any gesture from him is seen in a different light.

So when I saw the text from him wishing me a Happy Mother’s Day first thing Sunday morning, I felt that maybe there was hope for us after all. Like Reagan and Gorbachev, maybe we could find a way to tear down that wall, if not for us, then for the good of our people. And that, would be the best gift of all. 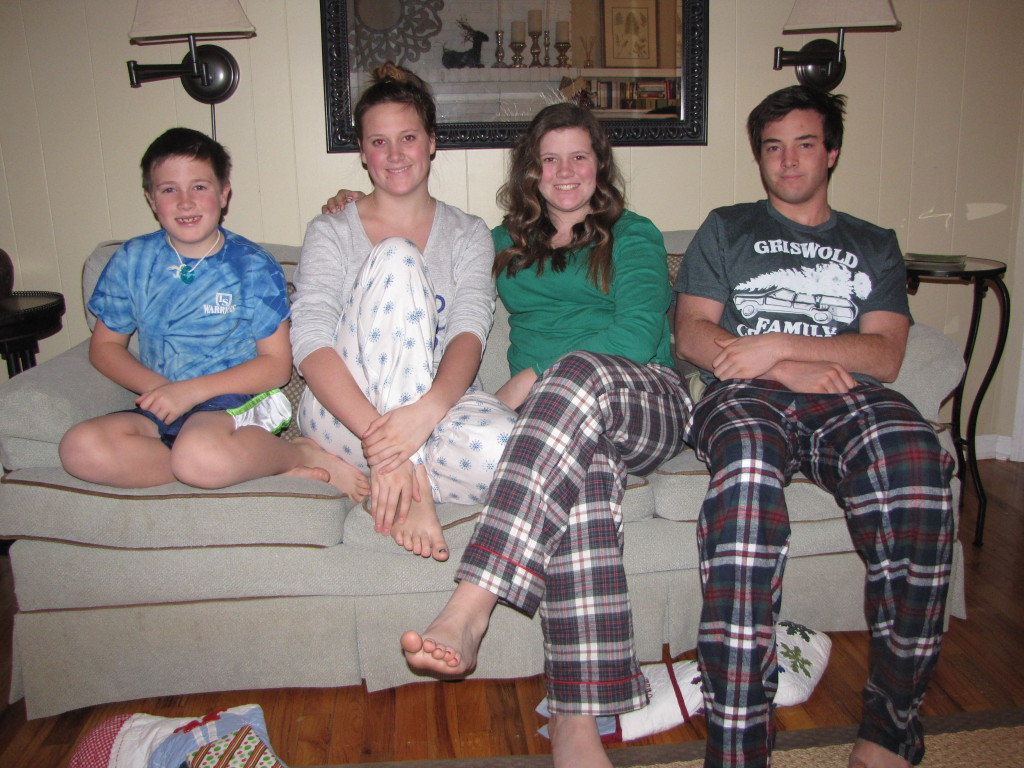