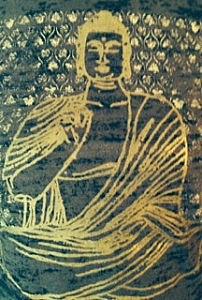 When I’m not driving long distances or pissing my oldest kid off by writing about him, one of the things I’ve been busy doing lately is contemplating my chakras.

Now, the seven chakras are like your energy sources – spinning wheels – that line up along the center of your body, beginning at your root chakra at the base of your spine and running up to your crown at the top of your head. Each point along the way is like a pocket of energy connected to different aspects of your nature. So, like, the throat chakra is tied to your ability to communicate and your heart chakra with your ability to love.

When all of your chakras are open, the energy flows freely through you and allows you to connect with everyone and everything around you. But when a chakra is blocked, it can really mess you up good. Like, prevent you from speaking your truth or lead to loneliness and alienation.

I know, really flaky and woo-woo but I still love the whole idea that the only thing standing in the way of me and happiness is a couple of blocked chakras.

I was going through my divorce five years ago when I first learned about the whole chakra thing. I’d discovered yoga around the same time and spent most of my days flowing through Vinyasa sequences, and striking the more rigid 26 poses of Bikram, while trying to find myself on a mat in a 100-plus degree studio. I hoped to regain the power I’d let go of years before by channeling fierce energy in my warrior pose — staring down the length of my arm with a narrowed gaze — and I bowed in supplication during child’s pose while trying to let go of all the anger and disappointment I’d harbored for years. More than once, I found myself in tears at the end of the class lying flat on my mat in shavasana, my palms facing up to the sky, willing myself to let go.

The daily practice brought a calm and a focus to my life that had been missing for 40 years. I left my mat each day imbued with a sense of grace as I returned to my messy divorce, confused and angry children and empty side of the bed each night. I had come to yoga as a new way to exercise and discovered it was my spirit that grew stronger than my core through my practice. That bitch was like rock hard when I was done with it.

And then, I kind of moved on, mostly because I started working full time and didn’t have the window in my schedule required for the 90-minute hot yoga class and hygienically-necessary shower right after. But I kind of felt, well, fixed. Like I had done my job, gotten my shit together, and it was time to move on.

So when I signed up in January for a writing retreat called “Writing Through the Chakras,” which would use yoga to help open chakras and tap into blocked memories with a writer I really liked, I was all about the destination and not the journey. I looked forward to gleaning some inspiration for my own writing practice and maybe dipping into my memory reserves by tapping into my chakras, but the yoga part was the least interesting piece to me. I hadn’t taken a class in years.

Wasn’t I surprised, then, when I discovered this weekend during my stay at Kripalu – a yoga institution nestled in the Berkshires that bills itself as “largest and most established retreat center for yoga, health, and holistic living in North America” – how much I had missed being on the mat.

But it wasn’t really the actual poses I’d missed – although there is nothing better than a good Warrior 2 to make you feel like a badass – as much as the whole yoga vibe. Be the best person you can be. Love everybody. Let shit go. And chant. Christ, I love a good chant. I love the way the room fills with voices belting out “Om” and the vibration left inside me when the silence comes in and fills up the space. It makes me feel so alive.

So I spent the weekend chanting, eating beautifully made food like curried cauliflower and baba ghanoush (that probably left me smelling like an ashram) and walking the path of a hillside labyrinth surrounded by the bright purple spires of lupine meadow flowers and sweet white daisies. I wrote in my journal, took 6:30 a.m. yoga classes and had my aura photo taken (it’s all pink and green, like my iPhone case). Oh, and I even made a friend.

I had arrived Friday afternoon kind of cranky and resisting the whole kumbaya-ness of the place –opting for a nap instead of a yoga class that first day. But by Sunday afternoon when it was time to leave, I wished I had more time to take the noon dance class. And I hate to dance.

And in between I sat with about 99 other people in Kripalu’s big hall to listen to writer Dani Shapiro and yogi Stephen Cope intertwine the practices of writing, yoga and meditation. We went through rounds of poses and chants to open specific chakras and then wrote in our notebooks using prompts like “Write a letter to your younger self,” and “Tell about a time you thought you were broken.”

The retreat came on the heels of a new round of searching I’ve been on since I lost my job in January. I’d been feeling blocked – professionally, creatively and romantically – and I’d kind of been exploring ways to fix that.

So I’d already been kind of working on the chakra thing and by the end of the weekend I just felt open to everything. The group formed a circle as the last exercise of the class and we held hands and went around the room as each of us gave one word that best expressed how we felt. “Ready,” I said when my turn came.

The drive home to New Jersey Sunday afternoon was quick and easy and I passed it enjoying the rolling hills of Massachusetts out my car window and listening to Liz Gilbert read her “Eat, Pray, Love.”

I finally pulled off the Garden State Parkway and in the few miles left of the trip to my house, found myself stuck behind a black Ford Explorer whose driver was either lost or confused as to the proper rules of the road. When the vehicle suddenly stopped short in front of me and quickly made a left hand turn, I slammed on the brakes and screamed, “Are you a fucking idiot?”

This particularly vile sentiment out of the same mouth that had been all “namaste” and “om shanti” just hours before. Seems like I might have a chakra or two that still needs to be pried open.

Which is a great reminder that there are no quick fixes. It’s all a work in progress. Keeping your chakras open and not being an asshole is a lifetime’s work.

10 thoughts on “Chakras and Quinoa and Chants, Oh My!”