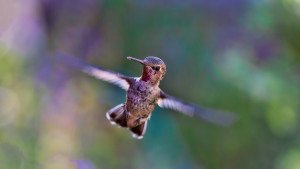 Every Sunday I wake up fairly certain I’m going to start putting into motion all the magical elements needed to change the course of my life, and this weekend was no exception.

To that end, I dutifully made a list of all the tasks I wished to accomplish throughout the week, investigated the health benefits of drinking lemon water each morning, shoved all of the dirty towels into the washing machine and put a pot of quinoa on the stovetop to boil.

And then I went back up to my bedroom, opened up my laptop and got sucked into Facebook.

As part of my ongoing efforts to revamp my lifestyle, I’m trying to incorporate healthier eating. I’m trying to eliminate things like that ham and cheese sandwich with a side of potato chips I enjoyed every day for lunch on the beach this summer and replace with things like salads and the aforementioned quinoa. I find if I have healthier items on hand, just lying around my refrigerator, then I’m more apt to reach for the good stuff rather than my beloved ham and cheese. And, full disclosure, I was also planning on making pancakes for my kids as a special Sunday treat and was going to sneak a glob of quinoa into the batter because I’ll be damned if I’m going to be the only one eating healthy around here.

So there I was, sitting on my bed teary-eyed watching a video someone posted of Bette Midler singing “Wind Beneath My Wings” at a prayer service shortly after 9/11, when the smoke detector started blaring from down below.

“Holy quinoa,” I thought as I jumped off the bed and ran – laptop in hand – down the stairs to find one of my kids waving a dishtowel under the smoke detector and smoke pouring from my All-Clad saucepan on the stovetop. The two cups of water I’d carefully measured and added to the cup of dry grain had evaporated and the remaining quinoa had hardened into a brown crust that adhered to the sides of the pan.

And, honestly, I was asking myself that same question. I had completely forgotten that I’d put that pan of quinoa on to boil when I drifted upstairs and fell into a Facebook trance. Like, I never gave it another thought.

Interestingly enough, I’d just finished reading Sarah Hepola’s wonderful memoir Blackout: Remembering the Things I Drank to Forget, which forced me to question my own relationship with alcohol. Did I think about it a little too much? Had I found myself over the years in situations I might not have found myself in had I not been drinking? Little stuff like that.

The author writes about putting a pot of water on to boil for pasta after a night of considerable drinking and the next thing she remembers, a man is breaking through her apartment door holding a fire extinguisher. The story was oddly comforting because I was all, “Hey man, I’ve never almost started a fire when I was drunk. Things have never gotten that crazy.”

No, sir. That would be a job for my ADD.

The incident left me shaken. As I flew down the stairs and rounded the corner into the kitchen, I swear for a moment I thought I saw flames out of the corner of my eye and that scared the life out of me. All I could think about was how I’d just ruined my recently renovated and very adorable little kitchen and that I’d endangered my children and how weird it was I was reading a book where the protagonist had almost set her own kitchen on fire but that I was completely sober. Like, I hadn’t even had a drink in over three weeks (weirder, still).

No, at that moment my issue was a dire inability to focus, and I’m not so sure there are 12 Steps to help get that straightened out. I don’t know how many support groups meet daily in church basements to discuss this crippling disease.

So I bustled around the kitchen, switching on overhead fans, opening windows and throwing the crusty pan into the sink and when the smoke had – literally – cleared, I went back upstairs to make my bed. I threw all the various sleeping pillows and throw pillows and blankets (my bed is a complicated, yet cozy, situation) and knelt down to tuck the bedspread in on my side of the bed, and heard the washing machine in my closet click off.

My towels had completed their spin cycle and the machine gave its cute little chime to indicate it was finished and I thought, “Oh, I should get those right into the dryer.” So, in mid-bed-making, I popped up and started pulling wet towels out of the washing machine and into the dryer. “Wait,” I said out loud. “What the hell am I doing?” I mean, there I was moving onto one task while in the middle of another and probably, I had started the bed making while in the midst of something else.

Later, after the near-fire and arrested bed making incidents, I decided to make myself a smoothie for breakfast. I went to the closet in the hall off the kitchen that now serves as our pantry and pulled the Vitamix base off the shelf but my mind was a thousand miles away. I was probably thinking about what I should wash next or Bette Midler movies. Then I turned to head back into the kitchen and collided with the doorframe, smashing the heavy base I was holding in front of me hard into my chest. It did not feel good and I stood there pretty pissed at myself.

I felt like a giant toddler, drunkenly lunging from my crayons to my sippy cup to my mom’s iPhone and then back to my crayons in about a 30-second timeframe. And I didn’t wike it!!!

And this, my friends, is an allegory for my life and the reason I can never complete a project. This blog post is no exception. I started writing it at around 6:00 this morning and now it’s almost 8:30 and aside from emptying the dishwasher and toasting some Eggo waffles for my son, I haven’t really accomplished much else. Sure, I ordered some items from Target to be sent to my daughter in college, whipped up another smoothie for my breakfast and Googled “best time to buy new car,” but that’s about all I have to show for 2.5 hours. In that same amount of time, I bet my neighbor, Liz, has had three conference calls and trimmed the privet hedge between our two yards. I mean, this is a woman who can stay on schedule.

So today, I am going to try to be more like Liz. I recognize that I flounder without a schedule so I’m going to start blocking out time throughout my day for various projects that have been smoking, much like my quinoa, on my back burner all summer. I’m also going to try exercises to improve mindfulness with a little meditation each morning, which will hopefully save my breasts from further Vitamix crunching.

And last night, as I was bingeing on FXX’s “You’re the Worst,” I pulled out a scarf I’ve been knitting on and off for over three years and began working on it in vain over the course of three episodes. Knit 3. Purl 3. One way. Knit 1. Purl 1. Back in the other direction.

It’s gotten pretty long and is made of a thick, chunky yarn and I probably only have about six more inches before I can sew the ends together and make one of those infinity scarves that you wrap around your neck. But I’ve never really loved its cream color and I was kinda over the whole thing. Until last night, I’d left the unfinished scarf to die hidden in my closet, shoved into a little reusable Whole Foods bag.

But now, I’ll be damned if I can’t see at least one project through to completion.

Hey! Don’t get distracted! Sign up to get all of my latest posts sent right to your inbox by typing your email into the box below. You can also follow me on Facebook and Twitter. [wysija_form id=”1″]