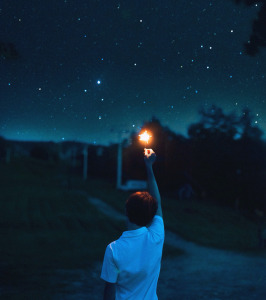 I should have seen it coming.

Or maybe I should have smelled it.

Earlier in the evening I’d detected the unmistakable odor of teen spirit wafting up from the basement, where my youngest son has been hanging out more and more lately. I mean, who could blame him? Not only is there a sitting area with a TV and XBOX system, but his older brother’s bedroom and bathroom down there – currently unoccupied as the 22-year-old’s away at school – make it like a cozy Petri dish for raging hormones.

“Why does it reek of Axe?” I yelled down the stairs, trying to be heard over The Simpsons “Treehouse of Horror” marathon blaring on the television.

The unmistakable scent gave me pause. Too many times in the past I’d smelled that smelly smell – a mixture of musky armpit and aggression – climbing out of the basement as my older son worked through his teen years. And while at first I just thought he was being really fastidious about his personal grooming, later I would realize that he was using his enormous collection of stinky Axe products to mask activities other than showering going down in his lair.

So I had a PTSD moment, standing at the top of the stairs and recognizing that unmistakable odor, but then laughed it off. I assumed the almost 12-year-old had just been experimenting with the numerous cans of body spray – with names like “Dark Temptation” and “Anarchy for Him” – left behind when his older brother took off for college in August.

When will I ever learn to connect the goddamn dots?

I finished cleaning up after dinner and settled onto the couch to watch this week’s episode of Homeland when the fire detectors on all three levels of our house began to shriek.

“Is Axe really that powerful?” I thought as I ran to the basement to investigate. I was really still thinking that body spray, however stinky, could set off smoke detectors.

And then I really smelled it.

Or, more precisely, I detected something that had been recently set on fire and put out.

It’s smoky when I get to the bottom of the stairs to find my little guy standing there wide-eyed, teary and seemingly confused.

“What the hell is going on down here?” I shouted, noticing the scorched area of rug by his feet and big, grey specks of ash scattered about.

“I don’t know,” he stuttered, and I ran into the bathroom to find more pieces of ash on the floor and toilet seat and noticed that the toilet had also recently been flushed.

“What were you burning?” I yelled, not waiting for him to come to Jesus.

Jesus was fucking coming to him.

“I don’t know,” he said, continuing with his disoriented act and then I give him my scariest look. “Paper,” he finally blurted out.

“With what?” I asked, imaging some book of matches he had stolen from one of his brother’s drawers, and then he got down on his knees to retrieve the lighter he’d had the wherewithal to shove under a nearby desk when he realized the jig was fucking up.

“Are you insane?” I screamed, “Why would you do that?”

Here’s the good thing about the men in my family when they admit to having fucked up, which isn’t often. They finally do what I fucking tell them to do and don’t make a stink about it.

So my little man marched up the stairs and got immediately into the shower. He didn’t dawdle like he usually does and get distracted by some YouTube video, or lie down on his bed and think about the new soccer ball he desperately wants for his birthday.

He took a shower. He brushed his teeth. He told me he even used mouthwash. He read his book for 20 minutes and then he turned out the light to go to sleep.

Right around then his 17-year-old sister got home from her babysitting gig and I told her to go smell the basement.

“It smells like fiery boy down there,” she came back to report, and I laughed and told her about what had happened.

And of course, I agreed. But I also wondered how much of it was, in a way, my fault.

I mean, don’t get me wrong. I’m not in any way taking the blame for the kid’s budding pyromania. But  I tend to give my little guy, as the youngest of four, a lot more leeway than his siblings. He uses words like “atrocious” and tells me my upcoming trip to the Hamptons sounds “fabulous.” He just seems more mature than the other kids did in middle school. Like he has his wits about him.

I know. I am a terrible judge of character.

But lately, he’s always asking to light the candle I like to burn on the kitchen counter and I even showed him how to work the same lighter he would use to almost burn down the house a few weeks later. I’ve noticed he’s lit the candle a time or two when I wasn’t around, and I probably should have been a lot more stern about that. And concerned probably, too.

But when half of your kids are in their 20s, you get to the point where you start to think that maybe certain acts of bullshit are behind you. You assume the younger children have learned from their older siblings’ mistakes and will spare you the ensuing drama.

You think certain people are smart enough not to set shit on fire in your basement on a Monday night.

And lots of things have gotten lit up down there in the past. Pipes. Libidos. Dreams.

At least now I know exactly what it smells like.

2 thoughts on “Boy on Fire”