It’s graduation season, so in preparation for my final journey eight hours south to the big state university my two oldest children have attended over the last five years, I downloaded a couple of audiobooks to help make the time hurtling down a major interstate pass as quickly as humanly possible.

Over those years of driving down for orientations, football games and settling kids in for fall semesters, we’ve listened to a number of excellent books but it’s been a challenge trying to find something that appealed to every passenger in the car.

Okay, let’s be real. When I first started visiting the school about six years ago, I picked stories that interested just me, as I’d come to terms with the fact that I would be the only one listening. I had three teenagers, after all (and one very cute 7yo).

I knew that all of the teenagers along for the ride would be reclining in the back of our SUV, thoroughly ensconced in whatever loud music was blaring from their white headphones. As soon as I turned the key in the ignition, the children would slip into their own worlds and spend the following eight hours intermittently napping and taking Snapchats of themselves — framed by whatever geotag we were passing through — while some misogynistic lyrics blasted into their young ears. (Okay, there probably wasn’t Snapchat six years ago but you get what I mean). 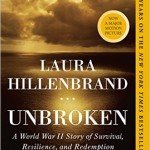 So I listened to Laura Hillenbrand’s Unbroken which, at about 8 hours long, was perfect for one leg of the trip. Not only was the story of overcoming insurmountable challenges incredibly inspiring but I also learned a lot about the Pacific theater part of World War 2, in particular Japan’s deadly attacks in China. Like, who knew? 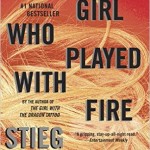 For an ensuing trip, I decided to really go for it and downloaded the second Girl With the Dragon Tattoo book (The Girl Who Played With Fire), which clocked in at 18.5 hours. This is when I discovered that some books are better to read than listen to. Number One, I do not have the attention span for all of that storytelling and it was so long I had to finish listening upon my return while driving to soccer and making dinner. And Number Two, while all those Swedish names of people and places were easy to differentiate while reading, you could tell by sight who or where the reference was, but listening was a whole different story. I couldn’t discern a Blomvkist from a Lundagatan and I have been known to speak the Swedish language. 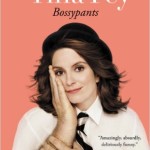 Eventually, through some kind of miracle, the kids started listening along as we drove. We all enjoyed Tina Fey’s Bossypants, and while she totally embraces the “F” word, which probably wasn’t the most appropriate language for my elementary school child, I loved her kind of Smart, Girl Power message and figured that would outweigh some of the naughtier language. And honestly, that’s probably what kept the kiddies listening, thinking they were kind of getting away with something.

And our love for Tina set us down the road to listening to a bunch of humor audiobooks on long drives up and down the Eastern Seaboard. We loved Amy Poehler’s Yes, Please and Jim Gaffigan’s Fat Dad. We listened to both Mindy Kahling books and Aziz Ansari’s Modern Romance. Of course, Nora Ephron helped us pass the time during one trip with her essays from I Feel Bad About My Neck. And I discovered Mike Birbiglia listening to This American Life and downloaded his poignant and hilarious album Sleepwalk With Me. We seriously laughed our asses off.

We listened to some kid/teen-centric books as well. My little guy and I enjoyed Wonder driving down to move his sister into her new apartment one August and my two daughters and I adored Rainbow Rowell’s Fangirl and Elenor & Park. Maybe a little too much.

But listening to books during long drives was not a novel (get it?) idea for my children. When they were young, I was always popping in a cassette – and later a CD – for us to listen to while driving. We loved Roald Dahl’s Magic Finger and Fantastic Mr. Fox and thrilled to Shel Silverstein’s slightly creepy, thoroughly wacky readings of his poems from Where the Sidewalk Ends.

One of my favorite family stories is the time we were all heading out on a long drive home from skiing and I popped in Mary Pope Osborne’s child-friendly version of The Odyssey, which was greeted by groans from the back seat. My oldest was probably around 12 or 13 and was way too grown up and cool to be subjected to his mother’s campaign to create lifelong readers in her children.

He grumbled and eventually settled down to hear about Odysseus’ struggles with wooden horses and one-eyed giants and as the first disc ended, I heard, “Wait, that’s it?” from that too-cool-for-school son in the back seat. Too old, indeed.

That same son – who, at 23, is an avid reader and counts East of Eden, which he read last summer while commuting, as one of his favorite books – was my travel companion for this weekend’s graduation festivities, so I kept him in mind as I perused iTunes to download stuff to listen to and kind of think I killed it.

Driving down, my son, 19yo daughter and I listened to The Curious Incident of the Dog in the Nighttime – clocking in at 6 hours – and then couldn’t stop referencing the story throughout graduation weekend. We joked about the lovable yet often frustrating main character who has Asperger’s and mimicked the British-isms sprinkled throughout the story. I think the rest of our family, who was not in our car, was kind of annoyed by our going on about the story but yesterday, the graduate started reading it and I might encourage my youngest to do the same. Great story. 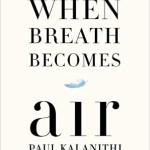 For something completely different, our drive home was filled with the beautiful and profound thoughts on what makes a life worth living in the gorgeous memoir When Breath Becomes Air. An excellent contemplation of life and death written by a 36yo neurosurgeon before he succumbed to lung cancer and about 5 and-a-half hours long. Lovely.

My son and I listened to the end of Paul Kalanithi’s beautiful words and quickly followed up with a Game of Thrones podcast chaser to finish out our trip, thus balancing the heaviness of the memoir with the airy ponderings on the fate of Winterfell.

I will miss having a reason to trap my children with me for such large chunks of time and getting to listen to stories together. More than the stories – though I do love them – it’s the shared experiences I’ve enjoyed so much over the years. The inside jokes. The references to pet rats and dead dogs and sisters for sale.

However I will never miss I-81 or stopping to use sketchy restrooms in the middle of nowhere. Some experiences are best left in the past.

When I’m not driving up and down the East Coast, I write about being a mom to grown, and almost grown, kids. Sign up to get all of my latest posts sent right to your inbox by typing your email into the box below. You can also follow me on Facebook and Twitter.

4 thoughts on “Best Audiobooks for Long Drives With Teens”