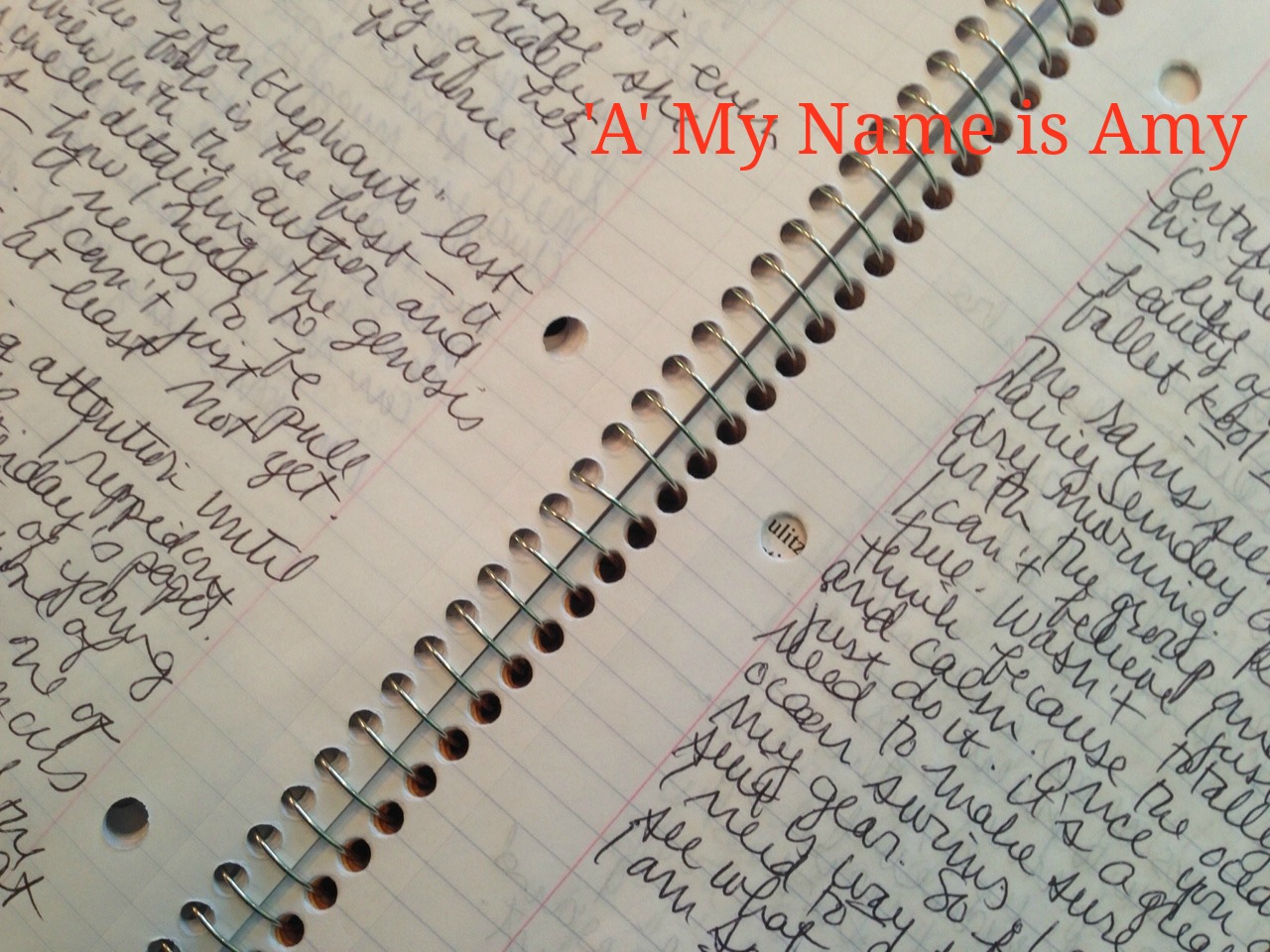 Here’s my wish for mankind: That when the zombie apocalypse has come to a close and the aliens land and try to figure out what the fuck just happened here on Earth, they don’t crack open the little safe on the floor of my closet and start reading my cache of journals for clues.

It will not make us look good as a species.

I spent the weekend reading the collection of notebooks from the beginning, when I started writing in earnest early each morning about a decade ago, and I am here to report that my musings are insufferable. Like, I want to go back in time and punch myself.

Here’s how best to sum what I’ve read so far up: I am insane. I say this because, as my therapist Jennifer likes to point out, the very definition of insanity is repeating the same behavior over and over and expecting different results.

There’s a lot of hand wringing over things I continue to worry about a good nine years later:

Seriously, if you read any post I’ve written in the last week in the notebook I use as a journal, at least three of those topics have come up. Jesus.

Obviously, something needs to change.

Another interesting observation is that for all the very, very serious shit happening in my life around that time (the second half of 2007) – I mean, my marriage was going down in flames – I make very little mention of certain critical events. I go on an on about driving the children all over creation and wondering whether or not my marriage will ever work, but gloss over some major episodes that precipitated the divorce.

And interestingly, I fail to write anything in the weeks leading up to and including the triathlon I competed in that September that kind of marked the start of the change that would take place inside me. When I discovered how satisfying it was to really to commit to something and that if I (a person who does not really like to get wet, swim or offer myself up to sharks like a bowl of chips) could swim a half mile in the ocean, I could do pretty much anything.

Including get a divorce.

Instead, I write about the frittata I’m bringing to a baby shower and the banana muffins my daughter and I baked and agonize over how to decorate our den. Whether or not I should buy a leather chair.

It’s like I’m going down on the Titanic and worried about what to wear to get into the lifeboat.

One of the fun things about reading journals from so long ago is that I already know what’s going to happen. It’s like watching “Fear the Walking Dead” and knowing that that nice high school principal staggering around the hallways isn’t just running a high fever. “Shoot him in the head!” you want to scream. That’s how I feel reading some of the things I wrote. “Just get a divorce already!” I want to yell. “He’s never going to treat you with respect and neither will your children if you stay!”

But we won’t even separate until near the end of 2008 so I guess I’m going to have to put up with reading a lot more wishy-washy bullshit until that happens.

But when it does happen, the divorce marks the start of me making more well-informed major life decisions. Up until that point, most of the pivotal moves I made in my life were kinda done on the fly. Or without much real thought other than some stubborn determination to complete the rosy picture of my life I wanted the world to see. Four-bedroom colonial. Four kids. Big SUV. Happy, happy, happy.

I’m not a great decision maker to begin with. Just ask my mom. It makes her nuts how long it takes me to do the simplest thing. But I like to mull things over. I want to do things the right way. I want things to be perfect. Often to the point of paralysis. While some of life’s determining factors were decided in an instant, often with alcohol involved. I can’t tell you how long it took for me to pull the trigger and buy the pricey Maclaren stroller I lusted over for my fourth child or order the sweet iron beds for my two daughters from The Land of Nod (my youngest girl was still in a crib at four), but I quickly agreed to a knee jerk marriage proposal even though my fiancée-to-be was scheduled to go on a date that very same evening. With another woman.

My biggest regret is that I didn’t start recording all this drivel years earlier. That it took me so long to just start writing, even if a lot of it is inane, Dear Diary-kind of stuff. I wish I’d done a better job documenting how I felt when I first became a mother or going back even further, when I became a wife.

I know memory can be a slippery thing. I remember when the kids were young as some of the happiest times of my life, all those trips to the library for storytime and going on bear hunts around the neighborhood. But according to the journal from 2007, my youngest child drove me bonkers when he was a preschooler. So who knows? Maybe the other kids did, too. Maybe there’s a whole lot of romanticizing and demonizing of the past that transforms how we remember things. And even though I seem to be glossing over some serious issues in my life back in 2007, at least the journals provide a window into who I was back then. A person with pretty low self esteem who had long ago lost her voice. Someone who was desperately trying to hold together this picture-perfect life she had created.

I like knowing that as much as things have not changed all that much — the wine, the struggles I have with certain people — not everything has stayed the same. I don’t eat Doritos any more and now I have a much lower tolerance for bullshit behavior.

All I really know is that if I’m still wondering at the end of my 50s if I’ll ever lose 10 pounds or write that book, I am going to figure out how to go back in time and smack myself.

Of that I have no doubt.

8 thoughts on “Back to the Future”