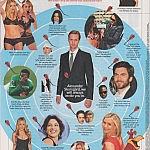 Well, it’s been a quiet week in Lake — wait, I don’t live in Minnesota. But my own little corner of New Jersey has been calm and that’s more than alright with me.

One interesting and unexpected thing that happened this week was that my 10-year-old son called me a “perv.”

First, let me begin by saying that I actually used to be a reader of books. Literature, even. Like during the darkest days of my divorce, I read “War and Peace.” I’ve read Cheever and Updike, Franzen and Chabon. I even read the Count of goddamn Monte Cristo, not so long ago.

Now, I’m lucky if I get through the latest issue of “People.”

But one thing I never miss reading is the back page of “Entertainment Weekly,” which features a fun roundup of what’s hot in the entertainment industry each week called “The Bullseye.” Like last week’s issue featured  a picture of Jessica Lange’s new witchy “American Horror Story” character at its center and says, “To paraphrase Barbara Bush: Rhymes with bitch.”

So I was standing in the kitchen looking at this week’s issue yesterday and noticed at the bottom a blurb about Charlie Hunnam pulling out of “Fifty Shades of Grey” last minute (“Something Christian Grey would never do,” according to EW.).

“OMG you guys,” I said to my two kids sitting in the kitchen with me when I remembered this next very important bit of information. “Guess who I just heard is going to be the new Christian Grey?” (As if my 10 year old had any idea what I was talking about.)

IMPORTANT NOTE: I may having a hard time getting through “Middlemarch” right now but had no problem reading the entire 50 Shades canon over the course of one weekend.

“OMG who,” responded the 16-year-old daughter in the least-excited voice possible. She is like the Ben Stein of teenaged girls.

“Someone just texted me and said she heard it’s going to be,” I stopped, pausing for dramatic effect, imagining my audience actually cared about my news.

“Eric the Vampire!” I yelled, because I knew they at least knew that I was crazy for that insanely hot “True Blood” character. He’s really the only reason why I’ve watched that show for so long.

“I’m like taking off my clothes right now,” I told them, and that’s where I jumped the shark, as they say, as far as my audience was concerned.

“That’s disgusting,” observed the 16-year-old in a voice so flat you’d think she was one of the undead.

“It’s still pervy,” he said over his shoulder as he and his sister walked away in disgust.

And that’s the perfect segue for me to share a few of the other things that happened this week, including a post I wrote indicating that I’m apparently, according to a certain subset, pervy about another dude as well: 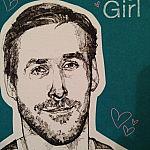 The Gos and Me

I don’t know when it started, but as with so many things these days, I’m guessing it was on Facebook.

Maybe I mentioned in a post that I had just watched “Crazy Stupid Love.” For, like, the umpteenth time.

Or it’s quite likely that I then went a bit further and described how my heart skipped a beat when he took his shirt off before the Dirty Dancing scene. (READ MORE … )

And in a rare moment of seriousness, I pondered my faith and my decision to not send my youngest to CCD unlike his three older siblings: 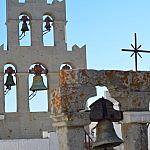 On Being Catholic: The Mystery of Faith

My 10-year-old son had a play date after school the other day and when the friend’s mom came to pick him up, she asked if we were in a rush to get my guy to CCD.

It must be the Catholic in me. (READ MORE …)

And finally, a couple of things floating around the Internet caught my eye and I shared on Facebook. (Dude, I so want to get my cat drunk and make her tell me why she is so mean to me.)

Is Music the Key to Success? (NYTimes)

And totally finally, I wanted to remind you that you can sign up to get my newest posts emailed right to your inbox (C’est incroyable!!).
Just fill your email address in the “Subscribe to blog via email” box, which is to the right of this post if you’re on your laptop or if you scroll way to the bottom if you’re reading this on your phone. It will generate an email and you just need to confirm your subscription and you’re good.
Easy peasy.
Facebook Twitter Pinterest