Earlier this week I whined a little bit about having to keep things lively over here in Amyville. It’s as if having four kids, one cat, an exciting ex-husband, full-time job and a blog isn’t enough.

Now I have to do things.

So doing things, I am. (Apparently, I am also beginning to speak like Yoda.)

As many of you know, I gave speed dating a shot last week, which was sad and funny and caused me to drink way too much cheap red wine to compensate for the weirdness.

Later in the week I took my little guy to our school district’s big fundraising event at the local high school to see a Harlem Wizards game. Lots of teachers, school administrators and faces around town took on the Wizards and if you grew up in the 1970s and loved the Harlem Globetrotters – even if you didn’t really like the game of basketball (like me) – then this would have brought back great memories for you. There was plenty of slam dunking, shorts pulling and the ol’ tossed bucket-full-of-glitter routine. 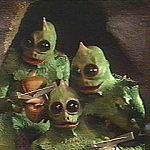 It made me nostalgic for Sleestaks, Count Chocula and the Chuckle Patch.

On Friday, my now-trusty single pal sidekick and I went to see Bonnie Raitt perform at the NJPAC and I don’t want to say too much more because I had a ton of thoughts on that. Pretty much, I’ve discovered who I want to be when I grow up.

I just need to learn to play the guitar.

Then early Saturday morning, I joined a group of eight other women for – what turned out to be – a full day at the shooting range. I am kind of morally opposed to guns, too, which made the whole experience interesting and I’ll share more about that this week, too.

While you’re waiting with bated breath for these dispatches, let’s review what else I’ve been up to lately …

On Monday, I began to rethink some of my parenting strategies. In particular, I wondered if I’d done more harm than good in sharing some things about my past with my children.

The most interesting reaction from readers about that post was not that I used to smoke or have sung a song about my cat but that I have a tattoo. 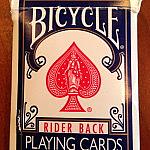 Over the course of the, like, bazillion hours my college girlfriends and I sat around talking during a girls’ weekend earlier this month, the topic of how much you should let your children know about your past antics came up.

One of the girls said that she had an acquaintance who’s like an expert in adolescent psychology, or something, and that professional advised that parents keep their younger misdeeds under wraps.

“You really need to live the lie,” our friend said. “But I’m sure I don’t need to tell you girls that.”

And as the rest of the group nodded along, all I could think was, “Oh dear.” (READ MORE … )

Later in the week, I went speed dating. I promise you,  in theory, it sounded like a great idea. 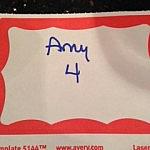 Just back from a quick trip to the Land of Grim the other night and I’m here to report that love, alas, is not waiting for me in a New Jersey strip mall.

My also-​​single girlfriend and I drove about 40 minutes north of where we live to take part in a round of Speed Dating, which I think one of us had seen advertised on Match​.com like a month ago and neither of us needed convincing to sign up. (READ MORE … )

As a bonus this week, I shared on Facebook how funny I thought that the following essay was consistently in my group of Top 10 posts each day. I think that Cheez-Its are being laced with something highly addictive at the Sunshine factory, but can’t prove anything yet.

It wasn’t until my ex-​​husband moved out more than four years ago that my late night nibbling began.

Until then, we’d finish dinner and maybe I’d have a bowl of ice cream with the kids (I was younger then and could get away with those kinds of things) and we would have eating wrapped up by 6:30 most nights. (READ MORE … )

And I’d be remiss not to remind all you fine people that you can sign up to get new posts emailed straight to your inbox. You don’t even have to find me through Facebook.

Just fill your email address in the “Subscribe to blog via email” box, which is to the right of this post if you’re on your laptop or if you scroll way to the bottom if you’re reading this on your phone. Just keep scrolling, it’s there. Fill in your email address and then go to your inbox where an email will be waiting that you need to open to confirm your subscription.