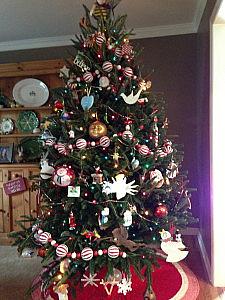 They are the bane of my existence. Even when I was married, they were my problem but more because I had a lot of opinions about  them than anything else. I don’t know why I have to be so bossy about things.

They are torturous to get on – wrapping them up and down branches and around and around the tree – and highly unpredictable. You never know when half a strand will just poop out the next day.

I made the sad discovery yesterday, after of hours of driving around and loading up at big box stores for gifts and groceries before a snowstorm hit, that the six strands waiting to be strung on the tree that afternoon had decided they weren’t up to the task this year. I even went down the line of unlit bulbs on one strand trying to replace each bulb with a working bulb to see if that would improve the situation.

I got into my car during the height of Saturday’s snowstorm and drove north along the main highway around here in search of replacement lights.

However, I am particular. It can’t be any old type of lights. They need to be colored lights for my tree. That is my tradition.

And it can’t be these gross new LED lights with super-bright colors like purple. I can’t have purple on my tree.

My old, trusty lights I used for years were jewel-toned and had a globe-shaped bulb. They were really just lovely, glowing their tasteful reds and greens on my tree.

So I drove about 20 minutes north to a Kmart that said it had the type I wanted in stock but when I got there, there was like, a sad box of colored icicle lights left of the shelf.

And that was it.

“Oh, the website is usually a day or two behind what we have in stock,” said the very nice stockboy whom I barked at when I couldn’t find what I was looking for.

It’s the Internet, for fuck’s sake. Get it together, Kmart.

I found the same solitary box of random lights on the shelves of the nearby Lowes and Target and when I wondered aloud if someone was eating goddamn Christmas tree lights or something, one women in a similar dilemma next to me said, “A lot of people around here lost all their stuff during the hurricane.”

Curses to you, Sandy.

And I’m not as picky as I was a little more than 12 hours ago. Now LCD lights of any sort are starting to look pretty good.

While I’m out foraging for decorations, here are a couple of tidbits I was also mulling over last week. 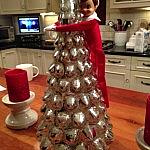 Why My Son Says, ‘Everything is Ruined’

The Elf didn’t start out as a thorn in my side.

At first, he actually helped keep my then-preschooler – and the youngest of my four children – in line.

If my son put up a fuss about going to bed at the appointed hour or carried on in Target about not getting a toy he totally wanted (“PLLLLLLLEASE, MOM.”), I’d have to pull the old Elf card out of my back pocket.

“I’d hate for Alex the Elf to have to tell Santa about this,” I’d say with a smile, looking at him lying on the floor of the toy aisle, and then usually, the tantrum would cease as quickly as it began. (READ MORE … ) 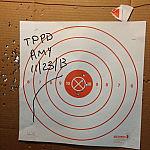 One Mom Tries to Make Sense of Guns After Newtown Shooting

I have always enjoyed group activities with large groups of women.

Over the years, I’ve learned to knit, trained for triathlons, talked about a lot of books and drank plenty of wine in the company of women.

And while I’m more than comfortable going cross country skiing or traveling to a desert spa with a group of girls, I was surprised to find myself early one Saturday morning last month at a gun range with eight other women. (READ MORE … )

And finally, I know you’re all racking your brains, trying to come up with the perfect gift for me. Let me help you out.

The greatest thing you could give me is the gift of sharing my blog posts on Facebook with all of your friends. I’d like to become the Clairol Herbal Essence of bloggers, so if you could tell two friends about a post you like, and maybe they end up telling two friends, we can get the whole “and so on” thing going.

Plus, it’s free and doesn’t need to be wrapped, which is almost like a gift right back to you.