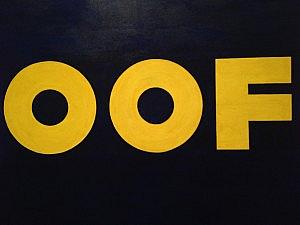 It happened again this week. For maybe the fifth time in his life, I left my youngest child some place he wasn’t supposed to be.

And he’s getting tired of it and frankly, I can’t say I really blame the kid.

Someone should take away my mom license.

I dropped him off yesterday afternoon at the elementary school in town about a mile and a half away from our house for what I thought was a 4:00 basketball practice.

I even had a nagging feeling while doing so — because practices are usually on Wednesdays — but I checked my iPhone and, yup, I was in the right place at the right time, according to my calendar.

I waited as he slowly made the walk from my car to the gym door, a sulky trip since he was mad at me because in his mind, I was somehow the reason kids had homework. Yes, that’s right: I’m the culprit. He’s resisting doing his homework lately, which is really out of character, but he’s busy blaming me, his teacher and really just THE MAN for the nightly 30 minutes of work that takes him away from looking at one screen or another or bouncing a Nerf basketball off his bedroom wall.

I returned home to my laptop, which I spent so much time looking at while working for my former employer that now that I’m out of work, find myself automatically opening up and wondering what to do with myself.

About a half hour later, the doorbell rang and I opened the door to find my 11-year-old standing there on the front step, his big blue eyes brimming with tears.

“Did I mess up the time?” I asked, and he burst past me and stomped up the stairs to his room.

By the time I got him to unlock the door for me, I found him sitting on his bed rubbing his legs, which were bright pink from making the long walk home in his basketball shorts with nothing more than a sweatshirt on top.

Did I mention it was about 20 degrees in my part of New Jersey yesterday afternoon?

I held out some cozy sweatpants to cover his freezing legs and brought him downstairs to the den to lie down on the couch in front of the fire and tucked his favorite blanket around him and left him alone.

After he had some time to pretend to fall asleep, I came in with a big mug of hot chocolate with extra marshmallows and a big splash of half and half, just the way he likes it.

“How about you do your homework in here tonight by the fire?” I suggested, and he took a sip of his cocoa and nodded his head.

His body and his mood thawed and eventually, he was happily showing me how good he was solving the evening’s math problems.

I apologized for the hundredth time as he was getting ready for bed later that night.

What the hell is my problem?

So far, I’ve left him alone in the neighbor’s basement when he was about four while we all went out to deliver Thanksgiving dinners (he told me he jumped on their trampoline to keep busy until we got back), and at the wrong baseball practice that left him sitting on the curb until I returned some 90 minutes later. I even bought him a cell phone last year to avoid these mixups.

I’ve also left his older sister off the wrong time for a basketball game and left my oldest son, who was probably around 5 at the time, playing outside on the swing set in the backyard while I drove his two younger sisters to a babysitter for the day.

I remember looking into the back of the minivan through my rearview mirror about 10 minutes into the trip and not seeing his head, told him to sit up in his seat.

“He’s not here,” piped up one of the sisters.

Really, you didn’t think this was important information to share with me?

And I don’t know what to cite as the cause. Certainly, it can’t be because I have too many kids (since half are away at school right now). And it’s certainly not because I’m a working mom (because I am currently unemployed).

It’s not even because I was busy making dinner (since the kids went to their dad’s last night for that).

Which was confirmed earlier today when I loaded about three months worth of New York Times daily papers, all bundled and tied, into the back of my minivan to drop off at town recycling center on my way to the grocery store first thing this morning.

They’d been tied up and sitting on my mudroom floor for about a week and I just couldn’t look at them one more second.

I had noticed on our town website that there would be no recycling pickup on my usual day this week – Wednesday – because of Lincoln’s Birthday (I mean, what?) and the center would be closed as well.

But I forgot today was Wednesday. I thought it was Tuesday. I’m all mixed up in the head.

So I went not once but twice to the recycling center this morning, sitting in my minivan and staring at the locked gate blocking the entrance while mentally composing the snippy phone call I was going to make to borough hall when I returned home.

And then I realized that it was Wednesday.

I drove home and saw my neighbor Susan had put a bunch of cardboard boxes out for recycling pick up and instead of texting her that there was no pick up today, I went and dragged a giant box out of my garage and added it to her pile.

So, what can I chalk this all up to? Super-early dementia? Dumb-dumbiness? I am alarmed.

However, since I was so encouraged to learn the other day that I wasn’t the only one hoarding baby teeth, I’m hoping maybe you guys can share some of your own not-so-stellar-moments in scheduling. Or parenting, I suppose.