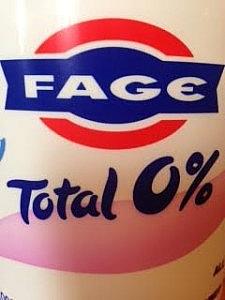 I have a girlfriend who’s kind of a walking advertisement for the American Dream.

She grew up in working class Philly and was the first in her family to attend college, which she put herself through holding down a number of jobs on campus, and then went on to an Ivy League law school.

Clearly, she did not spend her formative years mesmerized by “Family Ties” and smoking out her bedroom window like some blogger we know.

Anyway, she moved from working for a law firm in Manhattan to wealth management and rose to the level of managing director, overseeing lots of people and making important decisions before deciding to give it all up for the glamor of staying home and managing her two children instead in suburban New Jersey and finding interesting things to cook in her crockpot.

But despite her very American story, she is quite in touch with her inner French woman. As such, she is thin and elegant and looks chic most days in her neutral ensembles and smart accessories. In fact, she could easily pass as a denizen of the 5th Arrondissement rather than a real housewife of New Jersey.

So when the holidays rolled around, I knew just what I needed to give my dear Francophile and — what luck — I’m already reaping the benefits (a side effect of crafty gift giving).

I knew my gal-pal would love the book and imagine herself strolling along the Left Bank in an elegant ensemble with her (very chic) crows feet masked by a pair of oversized designer sunglasses.

But while I embrace the idea of going softly into the night and like to believe that my life is too short to waste on bad food and wine (one of the author’s credos), I’m pretty red-white-and-blue at the core and, as such, have a weakness for salty snacks and have never said “no” to a glass of Pinot Grigio (I mean, if that’s all you’ve got, of course I’ll drink it).

However, I have embraced a dish my girlfriend recently shared from the book, which the author calls “Magical Breakfast Redux,” that has helped me find a new way to choke down yogurt without all that yummy-yet-sketchy fruit hiding at the bottom of the cup (my kingdom for the banana flavor). That would be sugar.

It’s pretty much just some hopped up Greek yogurt, and while the combination of ingredients (that you probably already have on hand) is unusual and not what you’d think to mix together, the result totally takes the edge (for me, anyway) off the thick white substance.

And because I know the stuff is full of the almighty protein, which according to my workout guy — The Girl Whisperer  — is the key to helping me shed my plump middle (well, eating Tostitos in bed does not help the cause), I embrace any tricks to help gag the stuff down.

Turns out, this combination is a bit magical and I’ve been enjoying it as an alternative to the never-ending smoothies I’ve been blending in an attempt to start my day on a healthy note (good-bye Honey Bunches of Oats, my old friend).

Try it and let me know if you like it, too, and if a spoonful has your taste buds saying, “Mais, oui!” 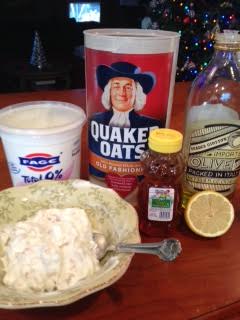 Magical Breakfast Redux (from French Women Don’t Get Facelifts: The Secret of Aging With Style & Attitude by Mireille Guiliano)

Juice of one lemon

2 t. chopped walnuts (I toasted mine)

Mix all the ingredients together (the author suggests doing so one at at time).