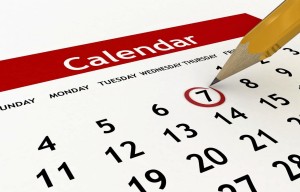 About a year ago, I was standing in my TV room with my two neighbors – good girlfriends – lifting weights over our heads when one of my pals started to cry.

For about a year we’d been gathering at my house two mornings a week to exercise under the ever-watchful eye of our Girl Whisperer. He’d sit on my big, red couch and boss us around, telling us to work a little harder, while monitoring the bloat around our middles and asking what we’d been eating. Because while he’s all about working out – he makes us do endless squats and push ups – he’s a firm believer that it really all comes down to what you put in your mouth. So over the course of the almost-two years I worked out with The Whisperer, I eliminated a lot of the naughty things that were part of my daily food triangle – Doritos, CheezIts, and pizza – and replaced all that yumminess with a lot of protein and vegetables.

Boring, I know, but the bloat did subside a bit. I’ll give him that.

And for as annoying as the Girl Whisperer initially was — harping on protein and how sugar was poison ad nauseum — the guy started to grow on me. Over the course of hours and days and weeks and months, I really got to know the man who was sitting on my couch, wearing all black and telling me what to do. I got to know about how he’d overcome so many struggles and sadnesses in his life and how that shaped his incredibly positive attitude.

I mean, this cat was a legit prison guard in his previous life and tells stories involving shanks and grown men’s feces. A lot of other bad things happened to him before he found fitness but he came through it to become one of the most grounded people I know and someone who can always put life’s challenges in the proper perspective any time I tried to whine to him about something, like my job or my love life.

“A bad day is when you find out you have cancer,” he’d tell us while we complained about how heavy the weights were or how much our legs hurt. “Today is not a bad day,” he’d add.

So, we were exercising when my girlfriend started to cry, which was weird – she’s pretty stable and not prone to random weeping.

“Michael was offered the job,” she cried and we knew what that meant. For months, her husband had been talking about the possibility of moving to Hong Kong for a job opportunity and his wife had been filling us in. It was all okay while the whole thing was in theory, she was kind of open to the idea then. But the reality of uprooting her three young boys from the really nice life they had built on the Jersey Shore kind of had her freaking the fuck out.

My girlfriend is a Jersey Girl. I mean, a real Jersey Girl, not the kind you see on a reality TV show who is really someone who hails from one of New York’s outer boroughs and wound up living somewhere in the Garden State.

She loved her house – filled with her cat and her dog and all those boys. She and her husband taught them to surf in the summer and snowboard in the winter and there is nobody – literally, nobody – who cheers louder from the sidelines during the boys’ lacrosse games than their mom.

And there’s no place she’s happier than sitting on her beach chair with her painted toes dug into the Jersey Shore sand with a margarita in her hand (preferably one she concocted with Trader Joe’s mango juices and the tequila she infuses with jalapeno in a mason jar in her freezer).

So the prospect of pulling up stakes to move to China did not thrill her.

“That’s amazing!” we told her. “What an opportunity for the boys!”

We continued to talk her off the ledge as we lunged and squatted and by the end of the hour, she seemed much calmer about the move.

And it turns out, not even six months later, they had cleared every last Lego out of their house and moved the whole kit-and-caboodle to Hong Kong.

And we were really sad. For ourselves.

All of a sudden our neighborhood, that for years had teemed with boys running abound with lacrosse sticks and making skateboard ramps out of crap they found in their parents’ garages, became really, really quiet.

“We are SO coming to visit you,” we had told them a million times before they left and we totally meant it. But we meant it in that “some day” kind of way. Like, in a year, or something. Some day.

But a few months into their relocation, my girlfriend messaged me to say they really wanted visitors. And not “someday,” but “now.”

So I hemmed and I hawed as I figured out how we could do that and how I could eliminate one of my kids from the equation so I wouldn’t have to buy so many plane tickets. But in the end, my 17yo had to come, too, because – man – when do you get the opportunity to go to the other side of the world?

So one year after my girlfriend cried about uprooting her family from the Jersey Shore and moving to China, they have settled into their new life in Hong Kong and seem really happy. The boys love their new schools and they even get to play lacrosse. And they’ve already taken advantage of being in Asia and have visited Thailand and Vietnam as a family and their oldest boy went to Beijing for a few days on a class trip.

And one year after I told my girlfriend that I’d totally come visit them some day, we are making good on our word and taking off this afternoon to spend about a week with them in Hong Kong.

But I’m also struck by how much things can change in a few short months. How a life that seemed so firmly planted in one place can – with some effort – be plucked out and replanted on the other side of the world. And how you can end up taking a trip you never imagined you’d be taking so soon in your life.

And that brings us back to the Girl Whisperer. While everyone around here’s been moving and traveling, he’s been on a journey of his own. A few months after our friends moved to China, he found out he had cancer. And it’s not been kind to him, which has surprised so many of us with how someone so strong – both physically and mentally – could be shaken to his core by the disease and ensuing treatments.

Like, he just had a feeding tube removed not long ago.

But he tells me in his sporadic texts that he’s getting better. That he’s going to fight it. And I believe him. He’s overcome so many other challenges; he will eventually show cancer who’s the boss. Just like he showed me.

You just don’t know what life has in store for you. There are so many good and terrible things that await us all. And I think the only answer is to live. Really live and love and make the most of all the time we have here. Together.

So I’m getting on a plane today for 16 hours to see the faces of my neighbors that I’ve missed so much and have an adventure. I am going to really live my life and help my kids really live theirs.

I’ll let you know how it goes.

Want to find out what happens?